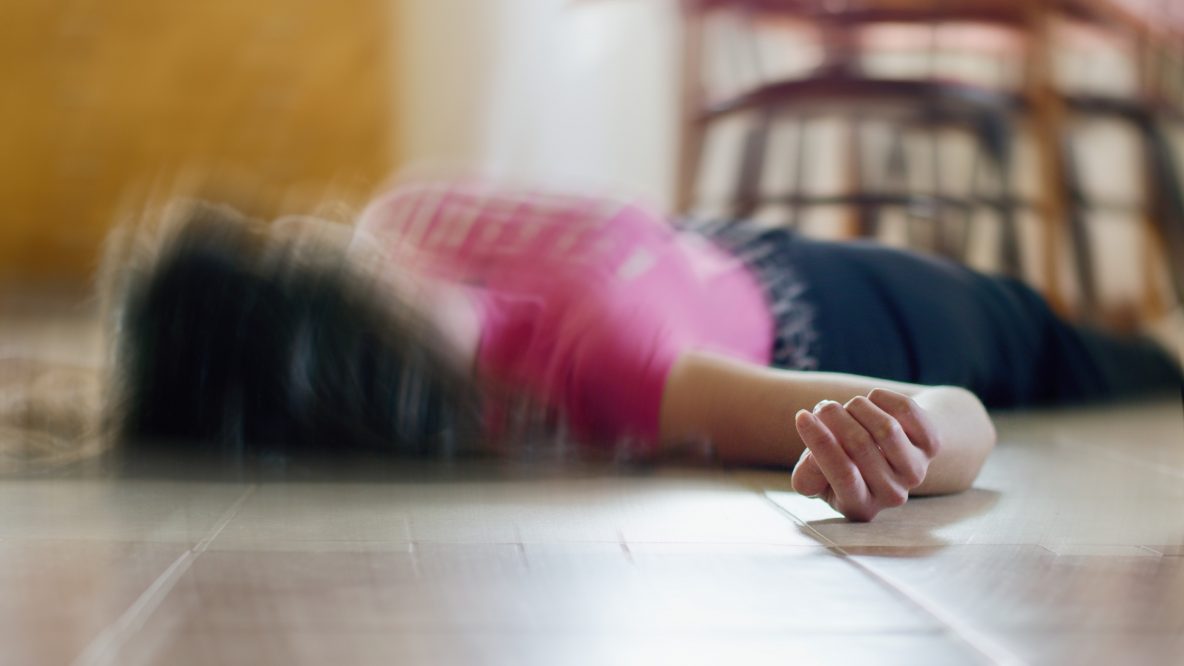 CBD has been promoted as a potential treatment for seizures for a while now and has particularly skyrocketed over the past few years. In fact, many states initially approved the research and use of CBD, specifically with patients dealing with seizures in mind. But is it actually effective when it comes to seizures? We’ll dive into everything you need to know about using CBD oil for seizures.

Before diving in, it is important to clarify the difference between CBD and THC. CBD (cannabidiol) and THC (tetrahydrocannabinol) are both cannabinoids and are derived from the cannabis plant. However, while they have some similarities, they have quite a few differences.

One of the most noteworthy differences is how they affect humans when consumed. CBD does not have psychoactive effects, whereas THC does. That “high” feeling most commonly associated with marijuana is all thanks to THC. CBD, on the other hand, does not alter your state of mind. Rather, it has more subtle effects when ingested and may help with relaxation, sleep, and an overall sense of improved general well-being.

Of course, there is also the legality factor. Hemp-derived CBD products are legal on the federal level, so long as they contain no more than 0.3% THC. Anything containing more than 0.3% THC is not legal on the federal level. Of course, some states have legalized marijuana and/or have medical marijuana regulations for certain patients to access products with higher THC concentrations.

It is important to highlight that THC hasn’t been widely studied when it comes to how it might affect seizure patients. CBD, on the other hand, has been more closely analyzed. 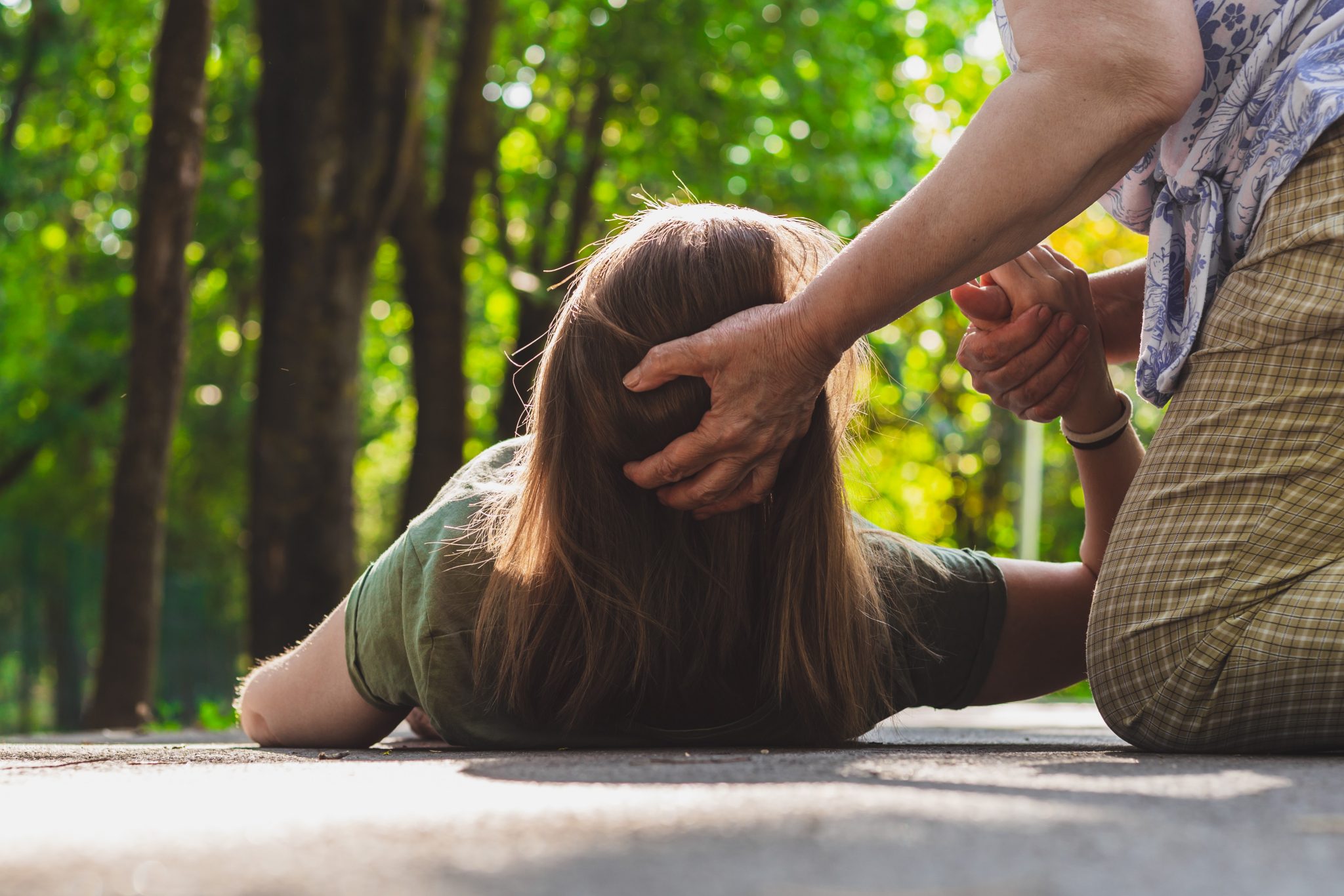 How Can CBD Affect Seizures?

Over the years, numerous studies and surveys have emerged, looking at using CBD for seizures. Here is a look at just a few examples:

So how exactly does CBD work when it comes to seizures? The exact way that CBD may help inhibit seizures is unknown. However, it is believed that one of the ways it might work is that CBD may be able to block GPR55 receptors. When stimulated, these receptors lose their inhibition, resulting in seizures. This is just one of the potential explanations, but hopefully, future studies will give us a clearer insight into how using CBD oil for seizures may work. 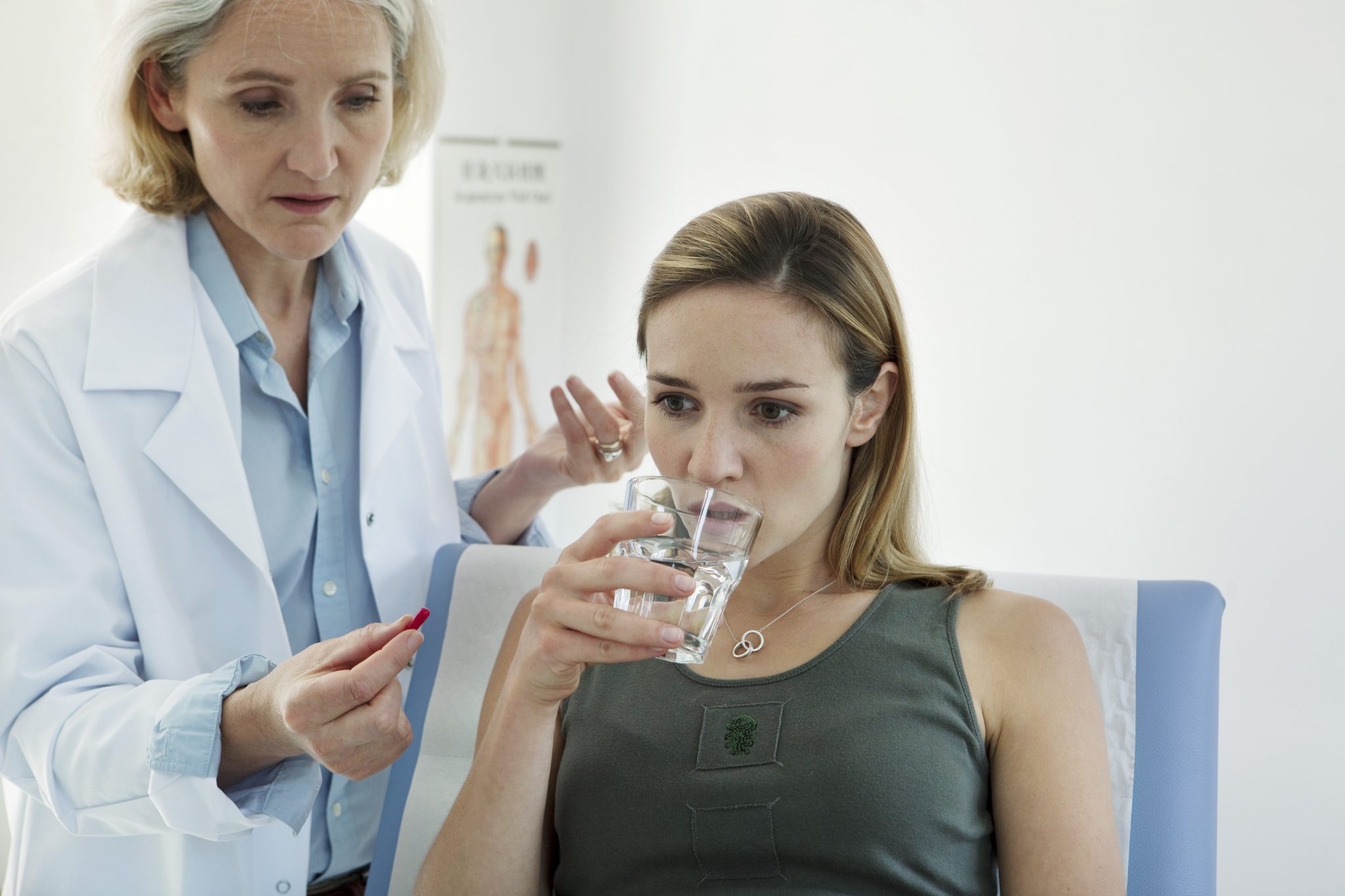 CBD for Seizures: The Approval of Epidiolex

Since there has been so much promise when it comes to the use of cannabidiol for seizures, it may not be surprising that a CBD-based drug has already been approved for the treatment of seizures. In June 2018, the Food and Drug Administration approved Epidiolex to be prescribed to treat two severe forms of epilepsy: Lennox-Gastaut syndrome and Dravet syndrome, which both start in childhood.

Clinical trials and some of the studies mentioned above helped push through the approval of this drug. It became the first medication in the US to be derived from the cannabis plant. As of now, it remains the only CBD-based prescription drug available on the market.

In July 2020, Epidiolex was approved by the FDA to be prescribed for a third purpose: the treatment of seizures linked to the Tuberous Sclerosis Complex (TSC). Clinical trials have also begun for the treatment of refractory seizures related to Sturge-Weber Syndrome but need to continue before conclusions can be made on its effectiveness.

Of course, Epidiolex only serves a segment of the population of seizure sufferers. However, for these patients, Epidiolex showed promising results in clinical trials and studies.

Clinical Trials and Studies of Epidiolex

Let’s take a look at the results of the clinical trials of Epidiolex in the treatment of these three syndromes. Before diving into those results, it’s important to note that patients typically take Epidiolex in conjunction with other antiepileptic drugs, as they did in these trials.

For Dravet syndrome, patients who received the drug had a reduction in convulsive seizures by 39%. Patients receiving the placebo saw only a 13% reduction.

During the later clinical trials analyzing TSC, patients who received Epidiolex had a 48% reduction in the frequency of seizures, compared to a 24% reduction for those who received a placebo.

There was also another interesting 2015 study of 214 people ages 2 to 26 who received Epidiolex. In this open-label study (meaning there wasn’t placebo control), 33 patients had Dravet syndrome, 31 had Lennox-Gastaut syndrome, and the rest had various intractable epilepsies of different types. Researchers found that seizures decreased by an average of 54%. Interestingly, people who were taking the anti-seizure medication Clobazam appeared to have the best response to Epidiolex. 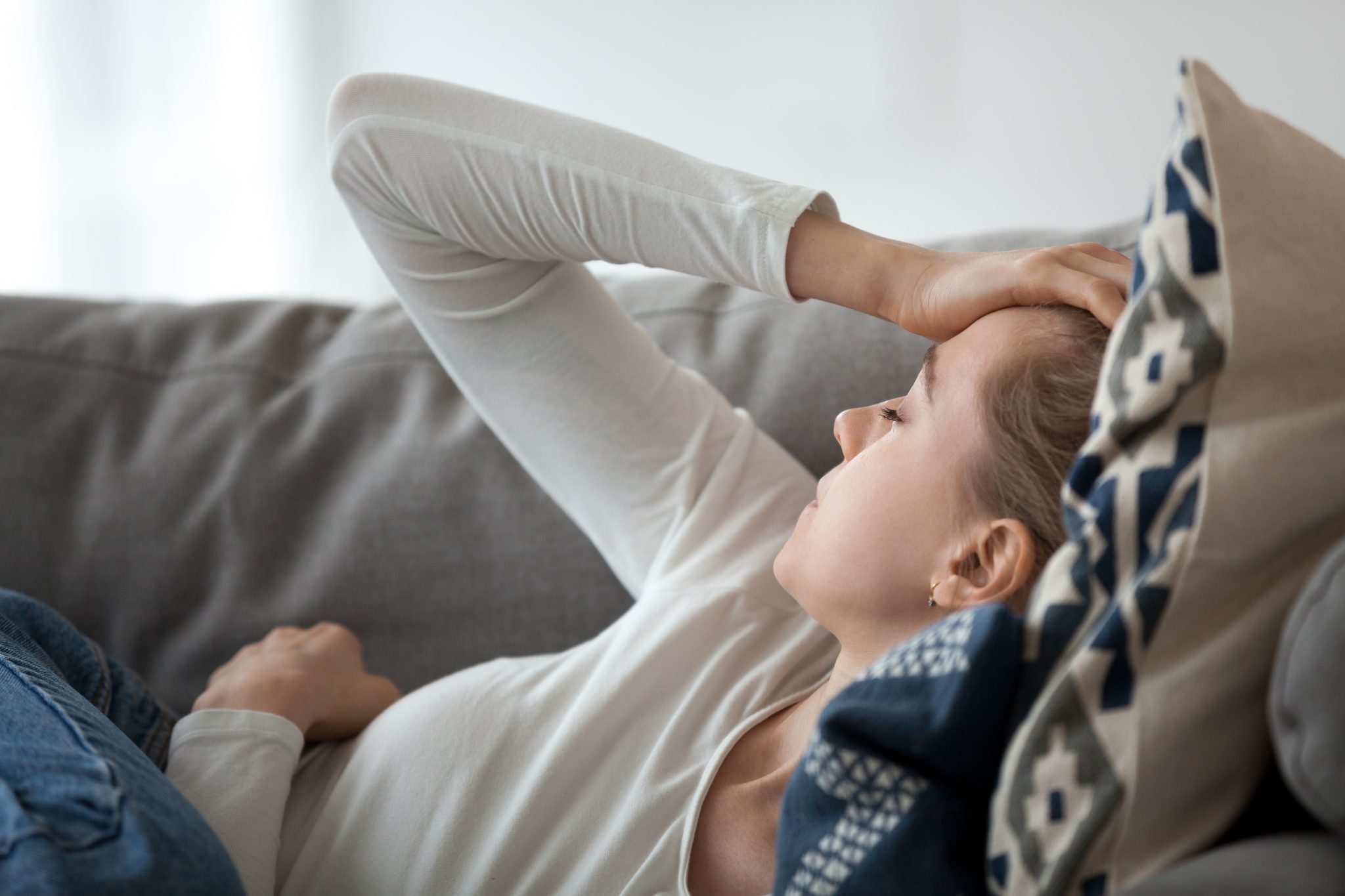 The Side Effects of Epidiolex

In the clinical trials, some patients did experience side effects when taking Epidiolex. However, the rate of actually stopping the medicine due to side effects was low. Some of the most common side effects were decreased appetite, sleepiness, diarrhea, change in liver function, malaise, lack of energy, insomnia, rash, and infections. 3% of the people taking a higher dose experienced sleepiness, sedation, and lethargy during the trials.

How Does Epidiolex Compare to Non-Pharmaceutical CBD for Seizures?

It should be noted that Epidiolex differs from the hemp CBD oils you’ll find in stores or from online retailers operating in the US.

Epidiolex is a purified, CBD-only component. It doesn’t contain additional cannabinoids, terpenes, or other plant compounds found in the cannabis plant from which it is extracted. Full-spectrum and broad-spectrum hemp oils that the general public can access, on the other hand, do contain some of these compounds.

THC is one of the most recognizable cannabinoids that is not included in the Epidiolex formula. As mentioned, federally legal hemp CBD oil that is not prescription-based is allowed to contain up to 0.3% THC – anything more than that is illegal on the federal level.

That said, you may have noticed that not all CBD products available to the general public contain THC, and this will vary from company to company. Strength of Hope products, for example, contain no THC, but other brands sell products that contain the legal amount of THC. 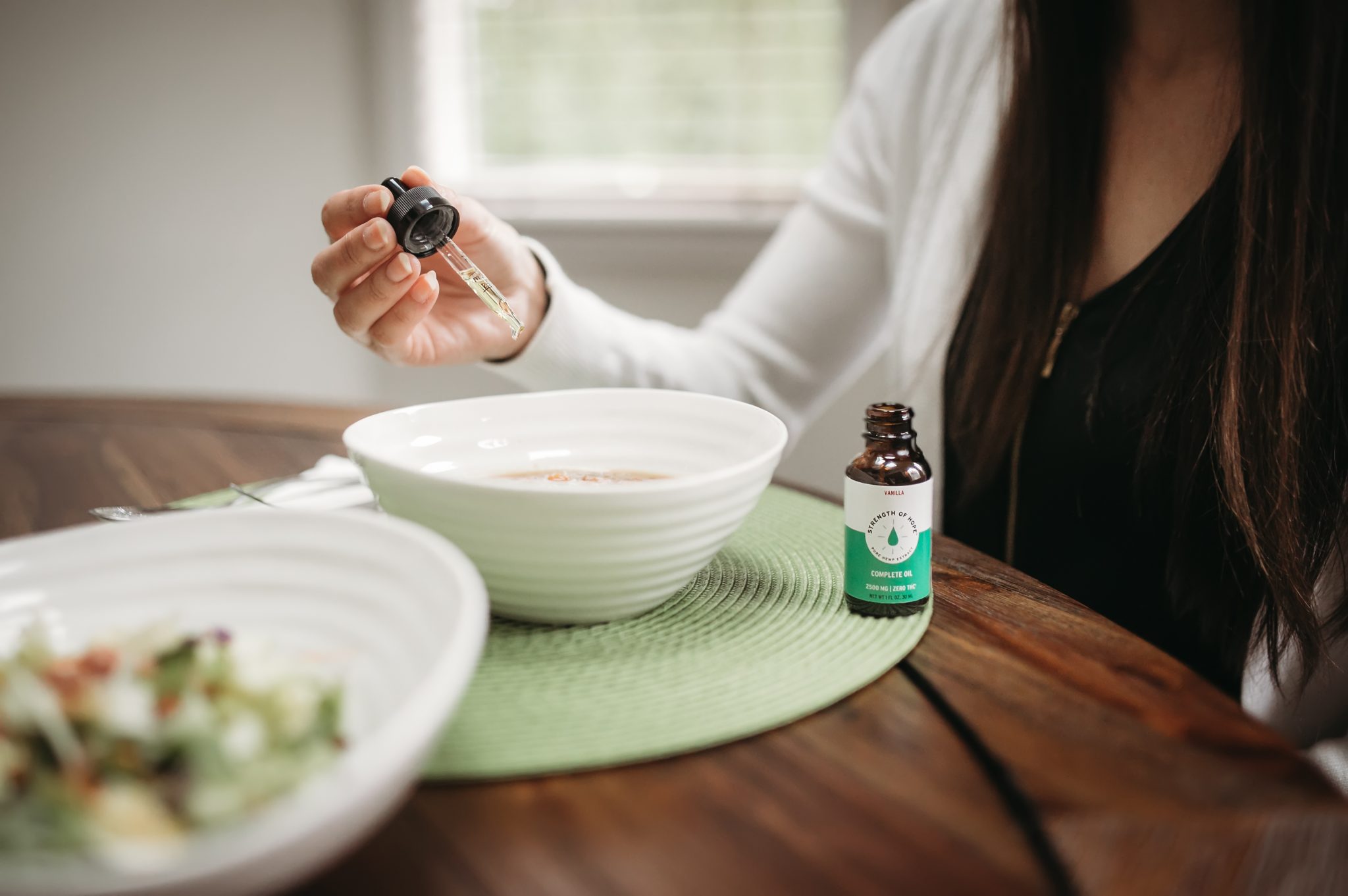 CBD Oil vs. Epidiolex for Seizures

When it comes to seizures, the effectiveness of pharmaceutical CBD like Epidiolex compared to typical CBD anyone can access may also differ – although more research needs to be done.

In one recent preliminary study looking at CBD oil for seizures in children, researchers reviewed the cases of 31 children and teens with epilepsy, some of whom had Lennox-Gastaut syndrome or Dravet syndrome. Of the group, 22 were taking pharmaceutical CBD, and nine were taking what they called “artisanal” CBD.

The study showed that those taking prescribed pharmaceutical CBD had better seizure control compared to those using artisanal CBD. It should be noted that this was a small-scale study, and more research needs to be done before coming to any conclusions.

The Bottom Line: Can You Use CBD for Seizures?

As it stands, Epidiolex is the only CBD product that has been approved by the FDA as a treatment for certain patients experiencing seizures. Of course, as mentioned above, it is currently only approved for seizures related to Tuberous Sclerosis Complex, Lennox-Gastaut syndrome, and Dravet syndrome. Since CBD has shown promising effects, it is possible that we’ll see Epidiolex or CBD oil used for a more expansive range of patients with seizures in the future.

With all of this in mind, whether you’re looking at CBD oil for seizures in adults or children, you shouldn’t self-prescribe CBD to manage these episodes. The effective dosage will differ from patient to patient, and you need to consider how drugs you currently take may interact with CBD. A medical professional will be able to determine whether a high-quality CBD oil, Epidiolex or something else entirely is the best form of treatment for your specific needs.

When it comes to using CBD for seizures, all medical issues should be discussed with your doctor. Together, you can work to create a course of action for treating your seizures. 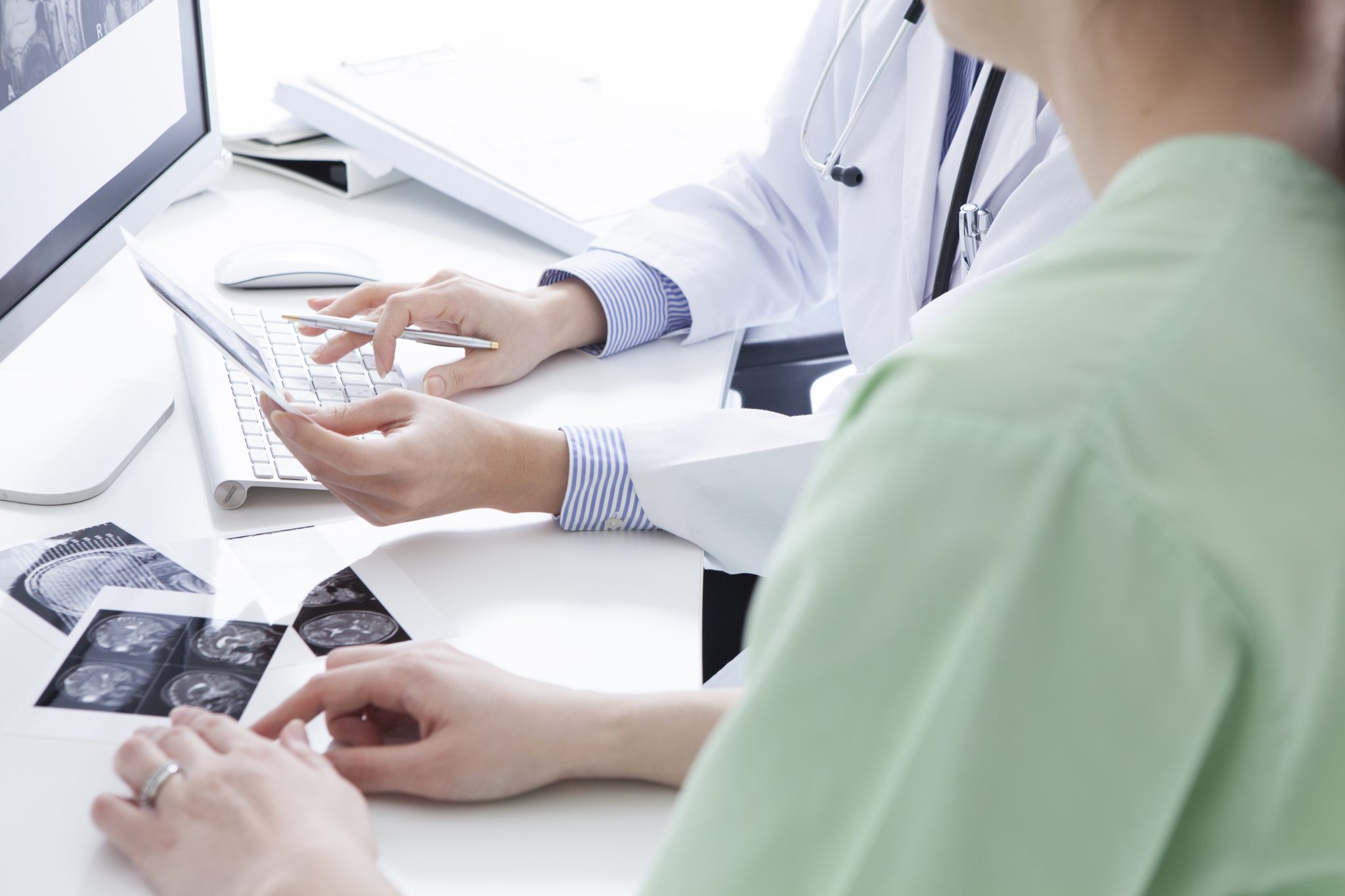 Talk to Your Doctor

Our CBD products are best used in conjunction with a healthy lifestyle and communication with your doctor. We always recommend our customers speak with their doctor before using CBD.

Keep in mind the following disclaimer: The products represented herein are not intended for use by or sale to persons under the age of 18. The products represented contain a total delta-9-tetrahydrocannabinol concentration not exceeding 0.3 percent on a dry-weight basis pursuant to the requirements of the Agriculture Improvement Act of 2018. The products represented on this site are not FDA approved to diagnose, treat, cure, or prevent any diseases. It is recommended you consult with a healthcare professional before using any Hemp Extract products. By using this site, you agree to our Privacy Policy and Terms & Conditions. Keep out of reach of children. Void Where Prohibited By Law. Warning: The FDA does not recommend hemp extract products for use while pregnant; YOU MUST CONSULT YOUR PHYSICIAN BEFORE USING THESE PRODUCTS IF YOU ARE PREGNANT.