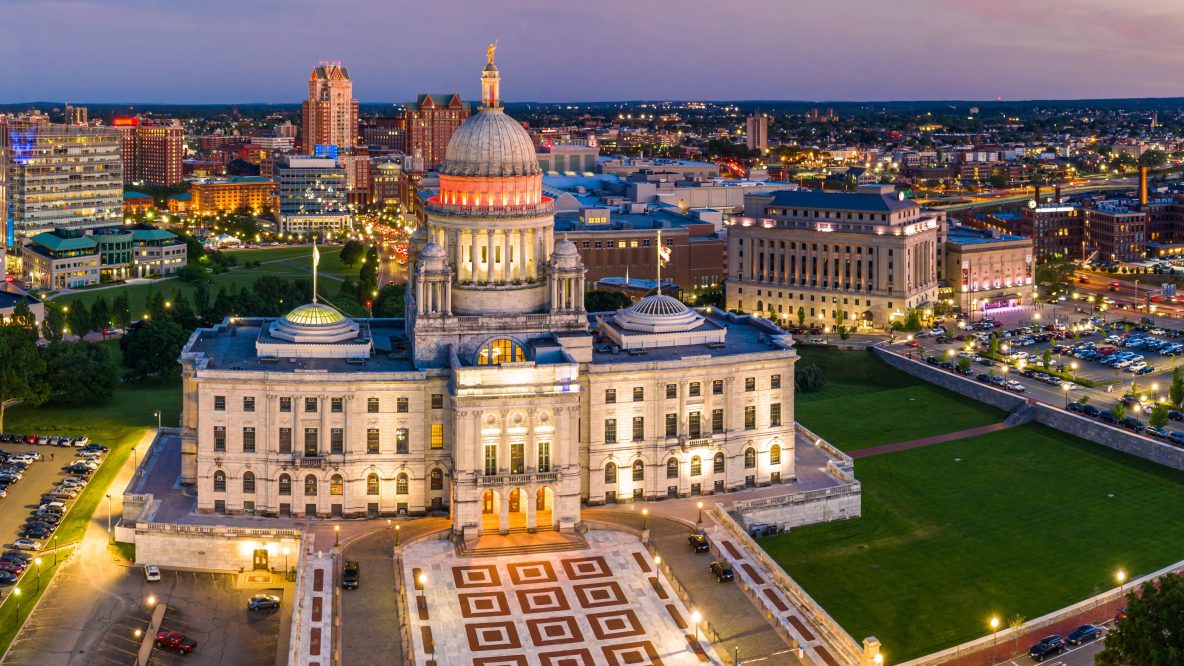 In the last several years, CBD and Hemp Oil has become a trend exploding across the United States, available in many forms, and for a plethora of use cases. Some of these use cases include using CBD for sore muscle relief, CBD for improved sleep, and CBD for enhanced relaxation.

With countless different use cases and available CBD products on the market, it’s hard to know what really works. It can be challenging to know the good CBD from the bad or even the differences between Hemp Seed Oil and Hemp Oil.

You might be asking yourself what the legal status of Hemp CBD is in the US. In this blog, we will discuss the history of hemp, its use cases, and its legality in the US and Rhode Island.

A Brief History of Hemp

There is evidence that some of the earliest uses of hemp were in textiles, such as clothing using hemp fiber. Some of the earliest instances of hemp cultivation have been traced back to China, where they grew hemp 4,500 years ago. The seeds of the hemp/cannabis plant were used in China for food, paper, shoes, and much more. There is even some suggestion of natural hemp-based medicine beginning in China.

Cannabis and hemp later migrated to the Middle East, the Mediterranean, and Europe, possibly brought to these regions by nomadic tribes. In 2000-800 BCE, hemp is mentioned as a “sacred grass” in a Hindu sacred text, as well as being referenced in several other religions around the ancient world.

Overall, Hemp has been around for a long time and has been used for many purposes, from the practical to the medicinal, even in ancient times. But how did it begin in America? 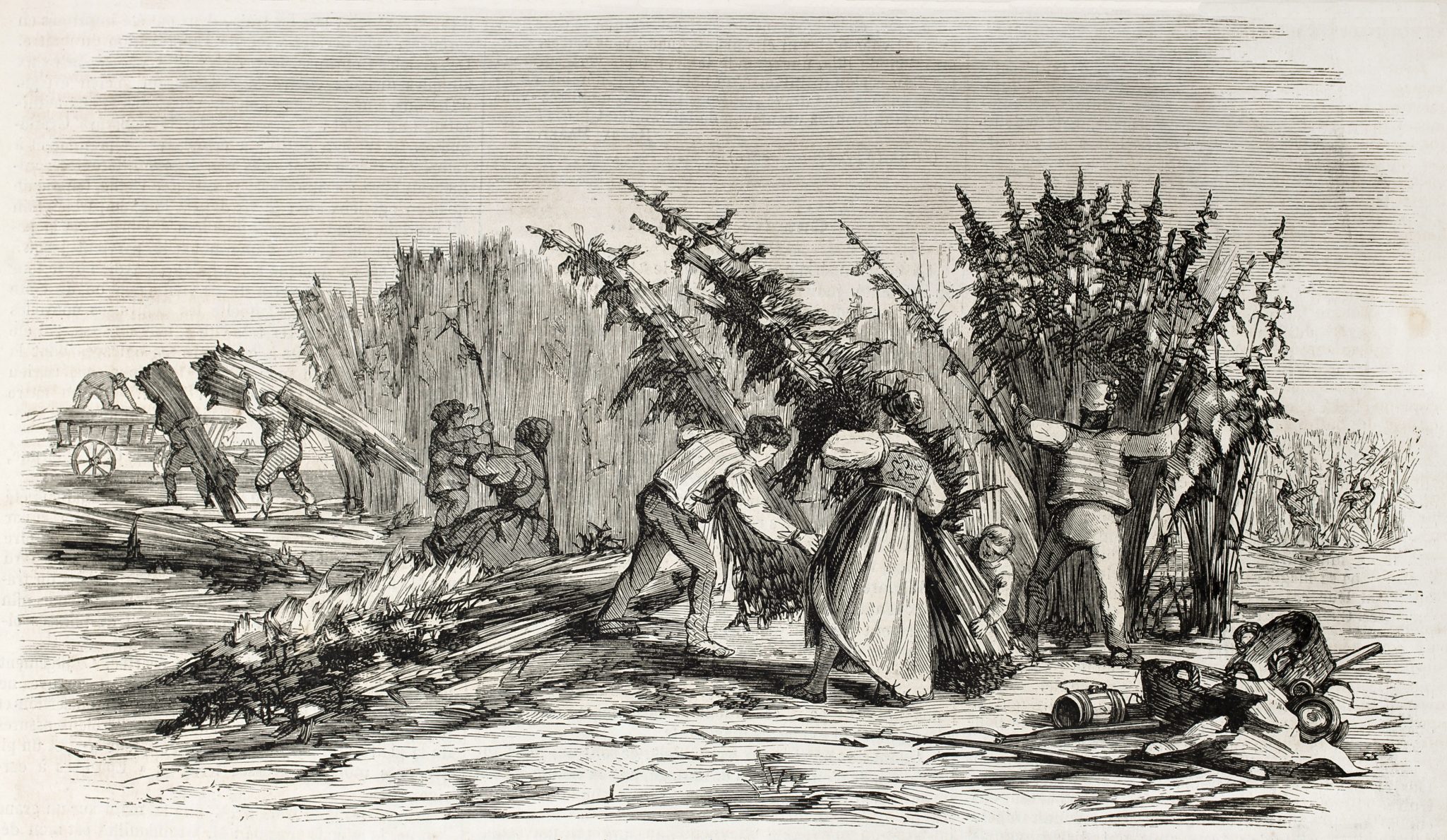 Hemp History in the Colonies and Modern Times

North America first became acquainted with Hemp in 1606, and it was soon used for building materials and other textiles in the colonies, including in Jamestown. A law was passed in 1619 by the Virginia Assembly, mandating every farmer to grow hemp, as it was seen to be such a useful crop, especially for use on British ships as sailing canvas and rope. Another interesting tidbit is that around the same time, the text “The Anatomy of Melancholy” listed hemp/cannabis as beneficial for treating depression.

Starting in 1631, it was legal for hemp to be used as legal tender in Maryland, Virginia, and Pennsylvania. Also, the first American flag was made of hemp. It was used for flagmaking because of its durability and the fact that the colors would not quickly fade.

In 1760, George Washington, also known as the United States’ first president, began growing hemp at his Mt. Vernon estate. Washington believed that hemp might one day even be more profitable than the lucrative tobacco industry at the time. Other founders who grew hemp included John Addams and Thomas Jefferson.

Hemp continued to be grown and used in the US into the early twentieth century until it hit a large bump in the road in 1937 with the Marihuana Tax Act. Although the Marihuana Tax Act did not ban hemp from being grown, it did allow the government to regulate and tax hemp. The effect of this, in the end, was that the regulations and the taxes imposed by the act were too high, stalling the growth of the industry and making hemp production less profitable. Notably, the American Medical Association opposed the bill.

In 1969, the Marihuana Tax Act was ruled unconstitutional by the Supreme Court in the case of Leary V. United States. The Controlled Substances Act shortly replaced the Marihuana Tax Act. In the Controlled Substances Act, Hemp was listed as a Schedule I substance, which meant that it was “defined as a drug with no currently accepted medical use and a high potential of abuse.”

In 2018 the United States Farm Bill changed the world of hemp. The Farm Bill has since become one of the biggest boons for the hemp industry in recent years and was signed into law on December 20th, 2018. Specifically, The Farm Bill removed Hemp (with less than 0.3% THC) from the list of Schedule I controlled substances and regulation under The Controlled Substances Act. It also removed many barriers in the US for hemp farming and hemp products in the United States. 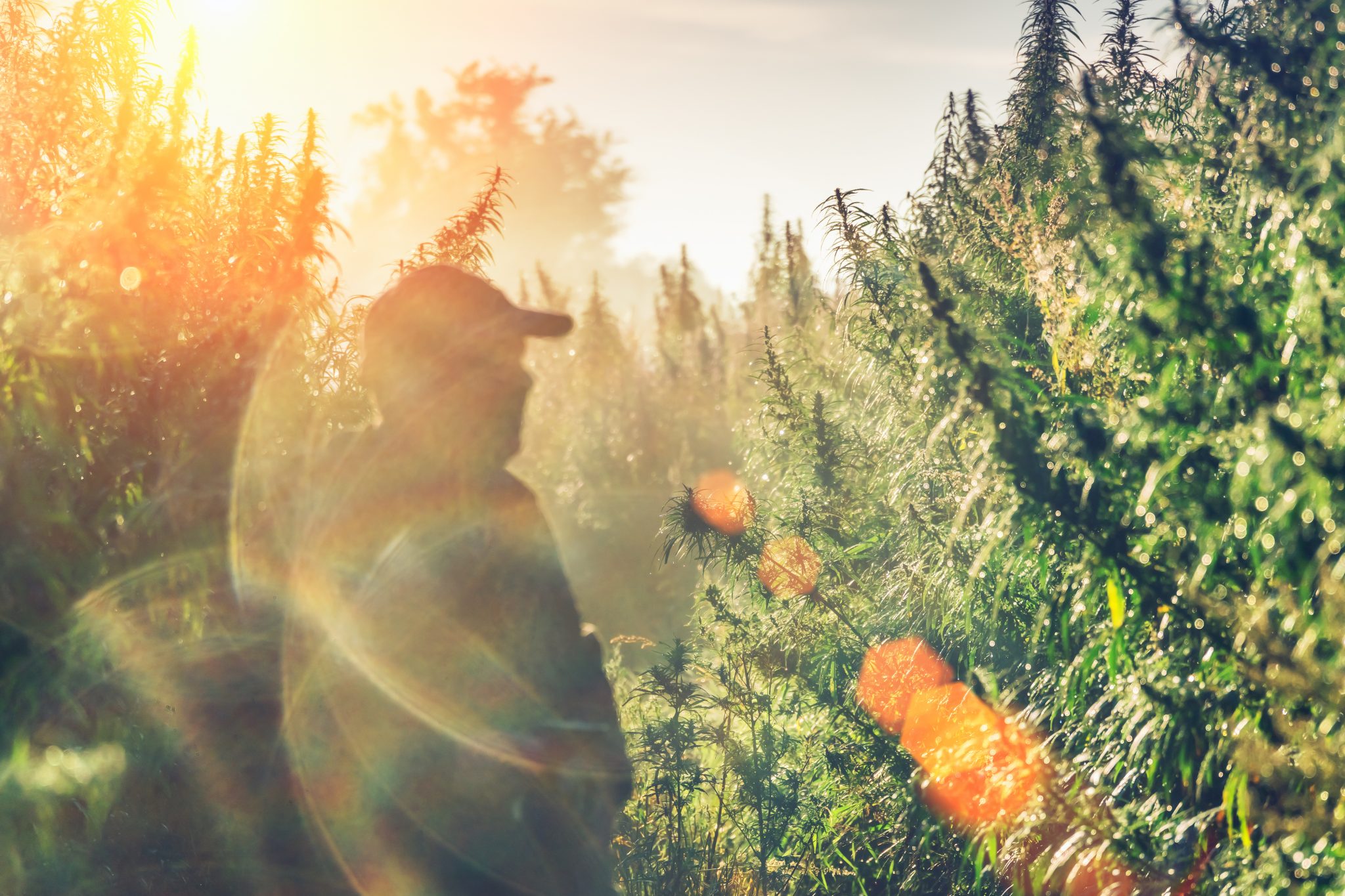 The Farm Bill was meant to help with the cultivation, processing, and marketing of hemp. It also helped farmers with specific accessibility issues such as water rights, banking, and federal grants. With the removal of these barriers, Hemp cultivation and the Hemp industry has exploded in many states across the country. Interestingly, Hemp even returned to and was harvested at George Washington’s Mt. Vernon estate as of 2018.

Hemp (CBD) oil has also appeared in many useful products, including CBD tincture, CBD topicals, and even CBD mints. But what about Hemp in Rhode Island?

Is Hemp/CBD Legal in Rhode Island?

The Hemp Growth Act was passed in  Rhode Island in 2016, which meant hemp could be treated as an agricultural product that could be grown, possessed, processed, and traded for commercial purposes. Starting on October 9th, 2018, farmers could apply for a state license to grow hemp.

In 2019, Rhode Island updated the Hemp Growth Act, which allowed the production and sale of consumable Hemp products containing less than 0.3% THC to be sold. One thing to note is that you must be over 21 in Rhode Island to buy any consumable CBD products.

CBD Hemp Oil, extracted from the hemp flowers and leaves, is also federally legal. Additionally, it is legal to buy Hemp (CBD) Oil online in Rhode Island. All CBD products throughout the country, including in Rhode Island, are under regulation by the FDA.

So, in short, CBD products are legal in Rhode Island for all adults 21+. 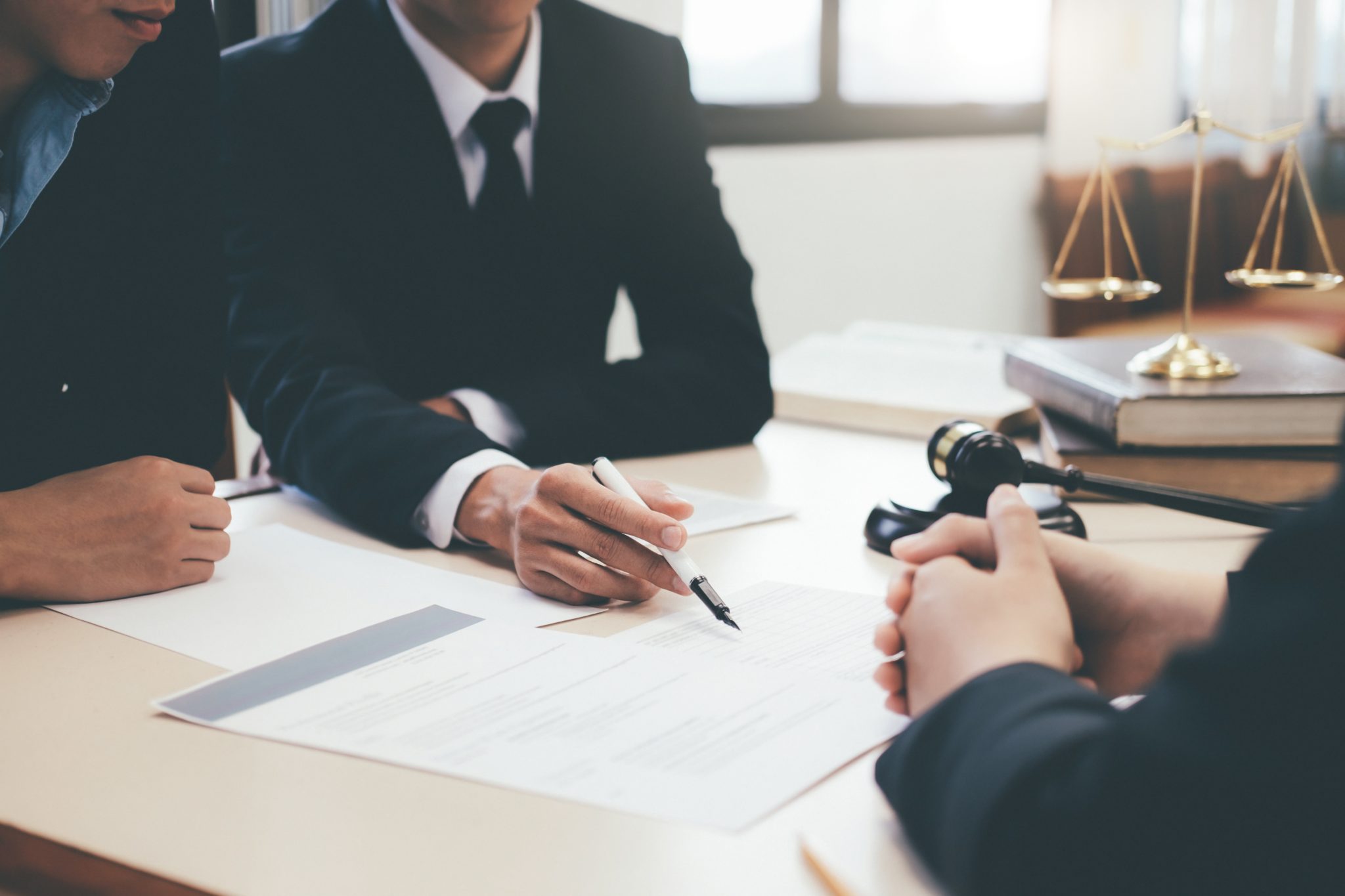 With the Winter season fast approaching, you may be excited about the coming snow. Sledding, skiing, and snowboarding can be such a fun experience and a great way to get out in the winter months. After a long day of winter sports, though, you may be left with muscle fatigue, aches, and pains.

We have several topicals that are excellent for sore muscles and relaxing into a better night’s sleep. One of our favorite CBD topicals is our CBD Balm, which comes with 100 mg, 250 mg, or 500 mg CBD and a blend of essential oils and natural ingredients. CBD Balm is perfect for rubbing directly into the problem area and can provide six hours of continuous relief.

If you are interested in a topical that is more hands-free, you might check out our CBD Rub. Our CBD Rub comes in an applicator, which can give you some extra reach for even those difficult to reach places such as the neck, shoulders, and back. CBD Rub comes with 250 mg CBD and the additional benefits of menthol for deep muscle and joint relief with a hot and cold sensation.

Are you not looking for a topical? You might try our CBD Oil, which comes with 500 mg to 2500 mg CBD per bottle. Our CBD Oil is excellent for tension, full-body relaxation, and may help relieve the effects of stress. It is also easily taken by mouth or mixed into various seasonal beverages such as hot chocolate, apple cider, and pumpkin spice coffee.

You might also consider our most discreet option for on-the-go CBD. Our CBD Mints come in 10 mg, 20 mg, and 40 mg doses. Blended with our CBD oil, these mints are a delicious consumable alternative to tincture. CBD Mints come in a sliding tin that is easy to stash in your purse, pocket, or even the glove compartment and come in two delicious flavors; peppermint and cinnamon. If you’re curious, you can read more about our mints in-depth here. 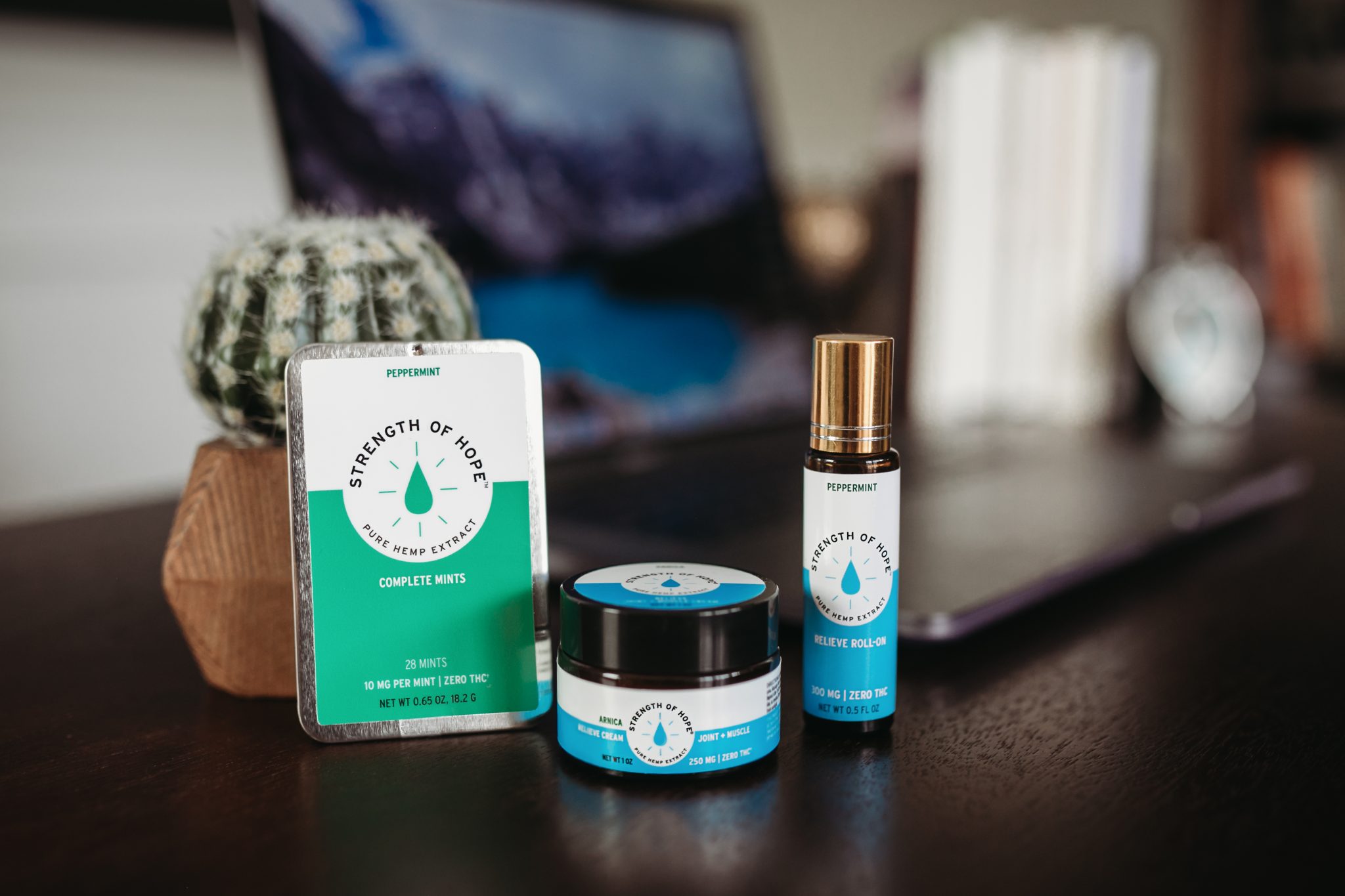 According to the World Health Organization (WHO), cannabidiol (CBD) is generally safe and well-tolerated in humans, and no physical dependence effects have been reported. Much more research is needed into the long-term side effects of CBD. If you would like more information about CBD, possible side effects, and medication interactions, please visit the FDA’s website or speak to your doctor.

We also subject every product to third-party testing to assure CBD product safety and potency for our customers’ peace of mind. You can check out our testing results at the bottom of any one of our product pages.

Rhode Island, What CBD will you choose?

Now that you know that CBD is legal in Rhode Island and more about hemp history in the US, you might be wondering what to do next or what to choose. Perhaps you want to do some more reading on hemp and our products. If this is the case, feel free to visit our “Learn” tab! Have any questions about our CBD products, or what might be right for you? Feel free to visit our contact page or drop us a line on Facebook; we’d love to hear from you.