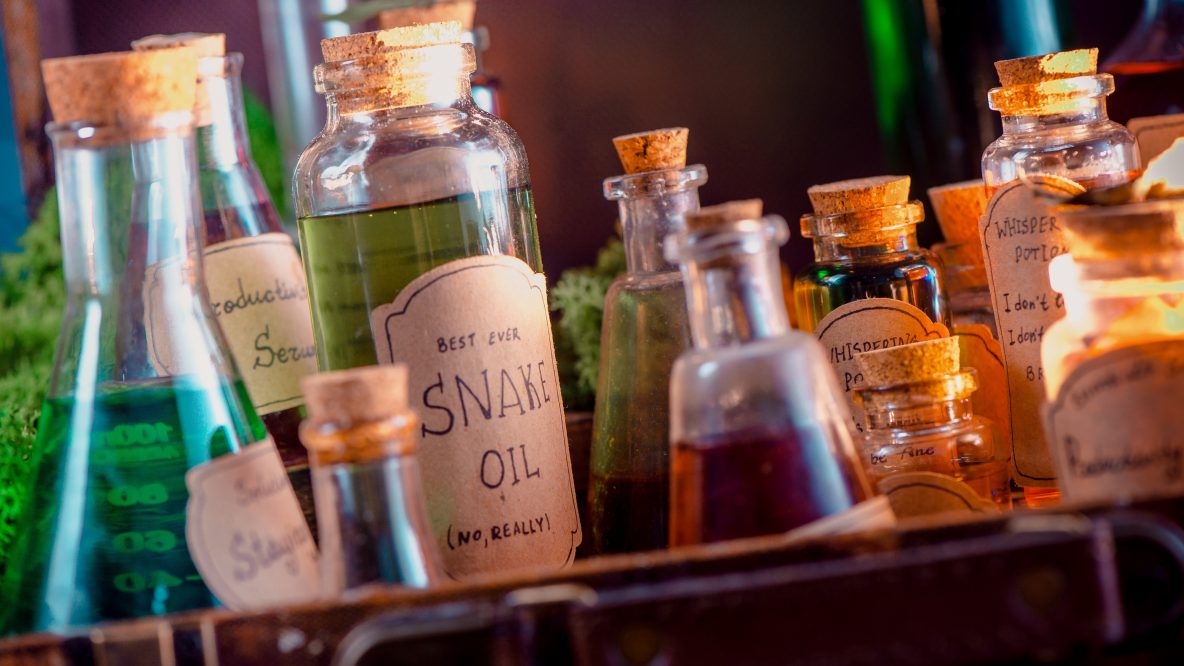 It seems like just about everyone has used some sort of CBD product, but that doesn’t mean some people aren’t skeptics. Sometimes it looks like the claims about CBD are simply too good to be true. Can CBD actually be all it is hyped up to be?

It is reasonable to be unsure and understandable that some people think that CBD is snake oil. Unfortunately, there is a lot of misinformation out there about CBD, which only gives credit to the theory that CBD simply isn’t all that it’s purported to be. Here’s the truth about CBD oil, snake oil, the misinformation around cannabidiol, and how to spot fake CBD oil.

What Does “Snake Oil” Mean?

First things first – what exactly does “snake oil” mean? By the end of the 19th century, Merriam-Webster says that snake oil began to be defined as “a mixture sold as medicine usually without regard to its medical worth.” Simply put, it’s a phony product that doesn’t actually live up to any of its claims.

Interestingly enough, a snake oil product once actually existed. Even more surprising is the fact that it seems that it was genuinely effective.

NPR explains that, in the mid-1800s, thousands of people from China arrived in the US to work as indentured laborers on the Transcontinental Railroad. They brought with them a variety of medicines, including snake oil. Snake oil was made from the Chinese water snake and was rich in omega-3 fatty acids. This oil was used topically and helped reduce inflammation. It was beneficial for treating a variety of conditions, particularly arthritis and bursitis.

Of course, this begs the question: if it was so effective, why does it now have such a negative connotation? While the Chinese snake oil had legitimate uses, the popularity of over-the-counter patent medicines that were marketed with untrue claims began to rise. This includes an American version of snake oil, which some healers made using rattlesnakes – and was not nearly as effective as the Chinese snake oil. Even a man named Clark Stanley took advantage of the interest in snake oil to make his own version. As it turns out, his “rattlesnake oil” didn’t actually contain oil from any type of snake at all.

Unsurprisingly, people began to realize just how ineffective the rattlesnake oil (both real and fake) and patent medicines were. In the late 19th century, these products began to be grouped under the name “snake oil,” which at that point had a negative connotation. 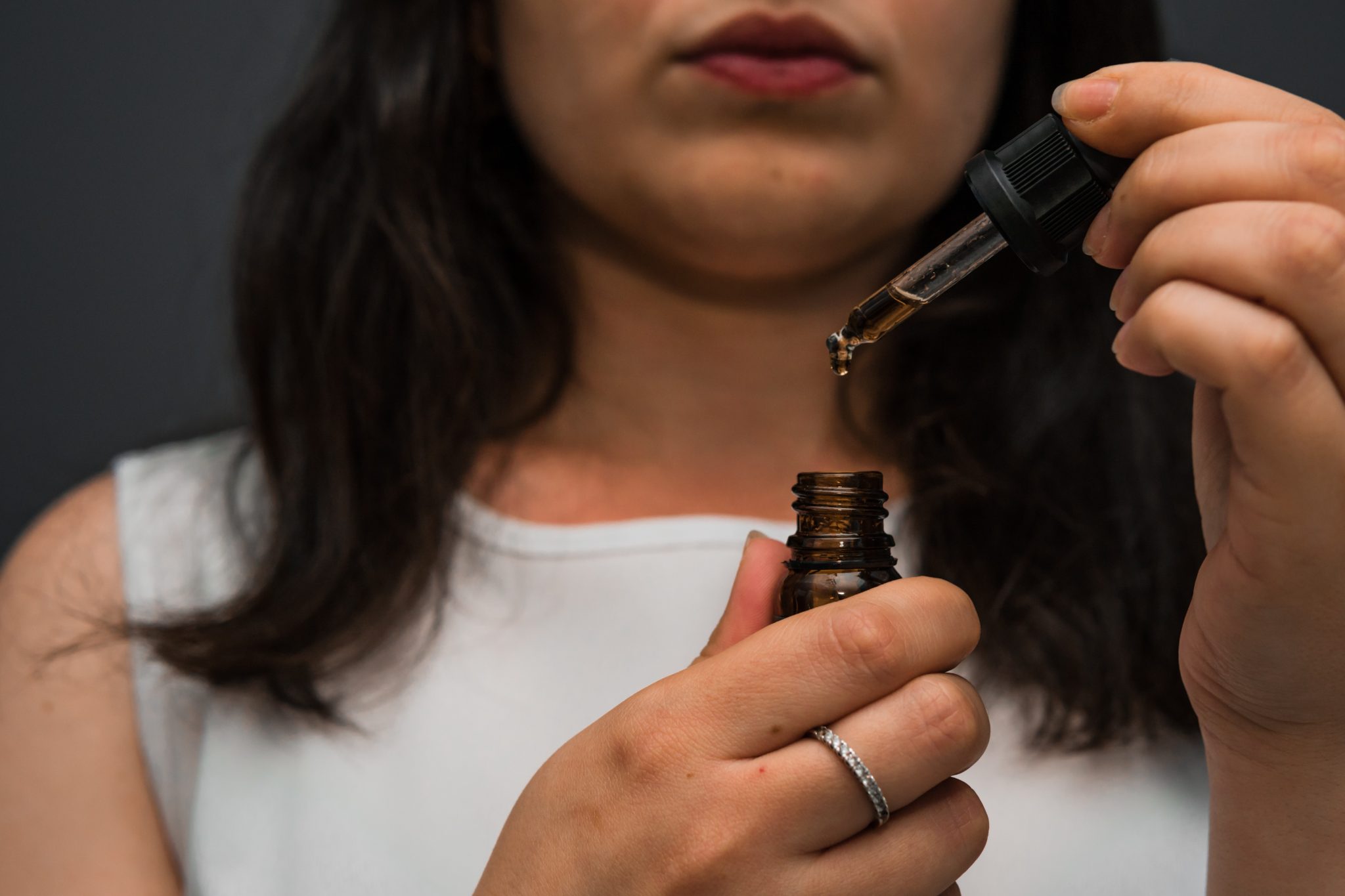 Does CBD deserve to be grouped with other “snake oil” products? In short, no, CBD in itself is not snake oil. However, consumers need to be cautious when learning about CBD and choosing to add it to their wellness routine. Unfortunately, there is a lot of misinformation out there, which means consumers have to be vigilant about fact-checking and doing their own research.

Many people and companies will overstate CBD’s benefits, making it seem like a miracle cure-all treatment. You’ll read articles online or CBD product descriptions that make claims that are simply untrue and not backed by scientific research. While some people will believe what they read and hear, for many people, this simply drives home the belief that CBD is snake oil.

When you come across brands making definitive claims about CBD that seem a little too good to be true, it is fair – and in fact advisable! – that you may feel a bit skeptical. It is essential to do your own research and turn to other trustworthy sources to come to your own conclusions. While there are many potential benefits of CBD (we’ll cover a few below), we’re still learning about how it may benefit us. 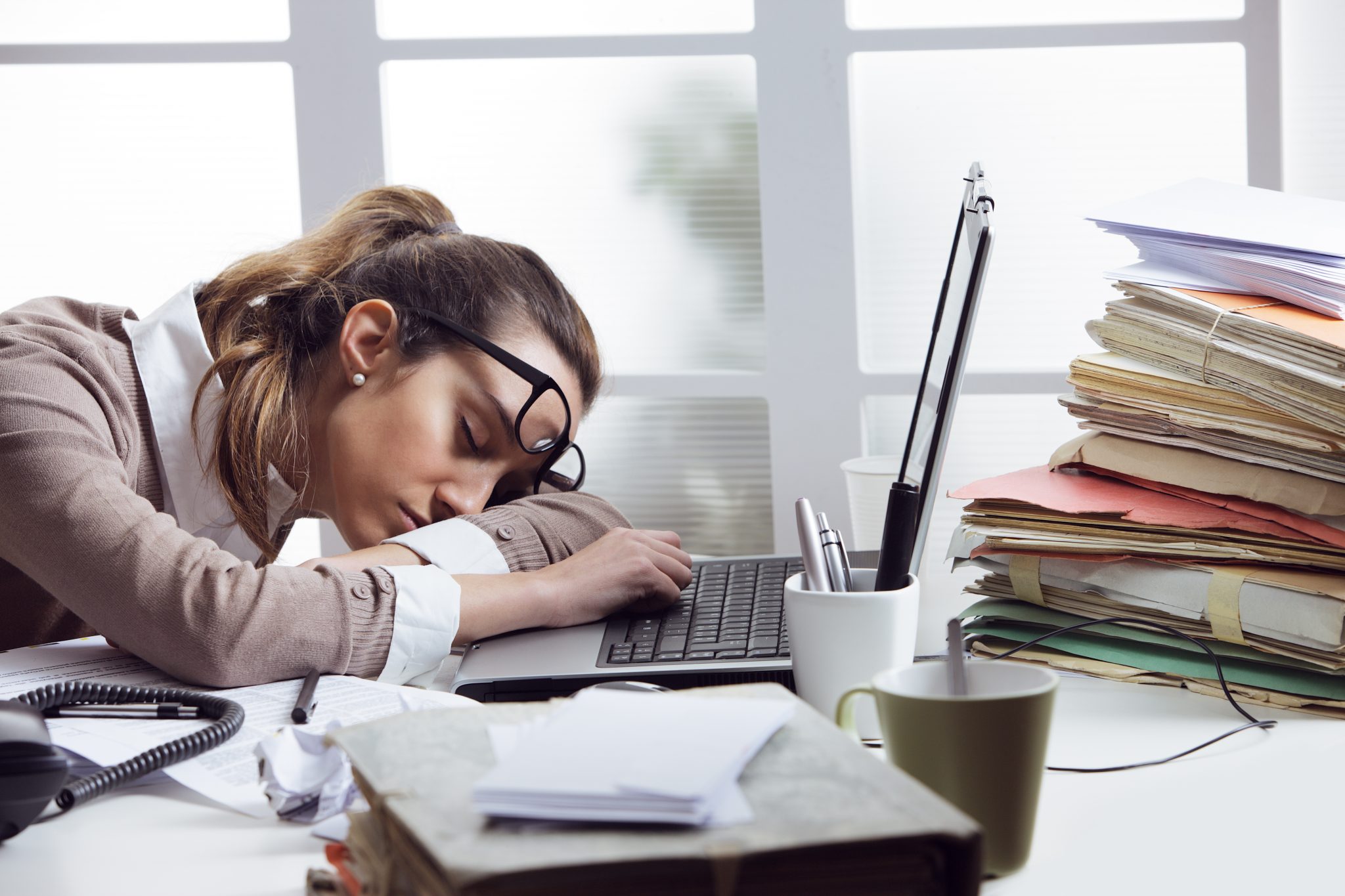 Research looking into CBD’s benefits is still ongoing, and we still have a lot to learn. That said, the studies that have emerged so far have shown exciting insights into some of the potential therapeutic benefits of CBD. Here is a look into what recent research has to say: 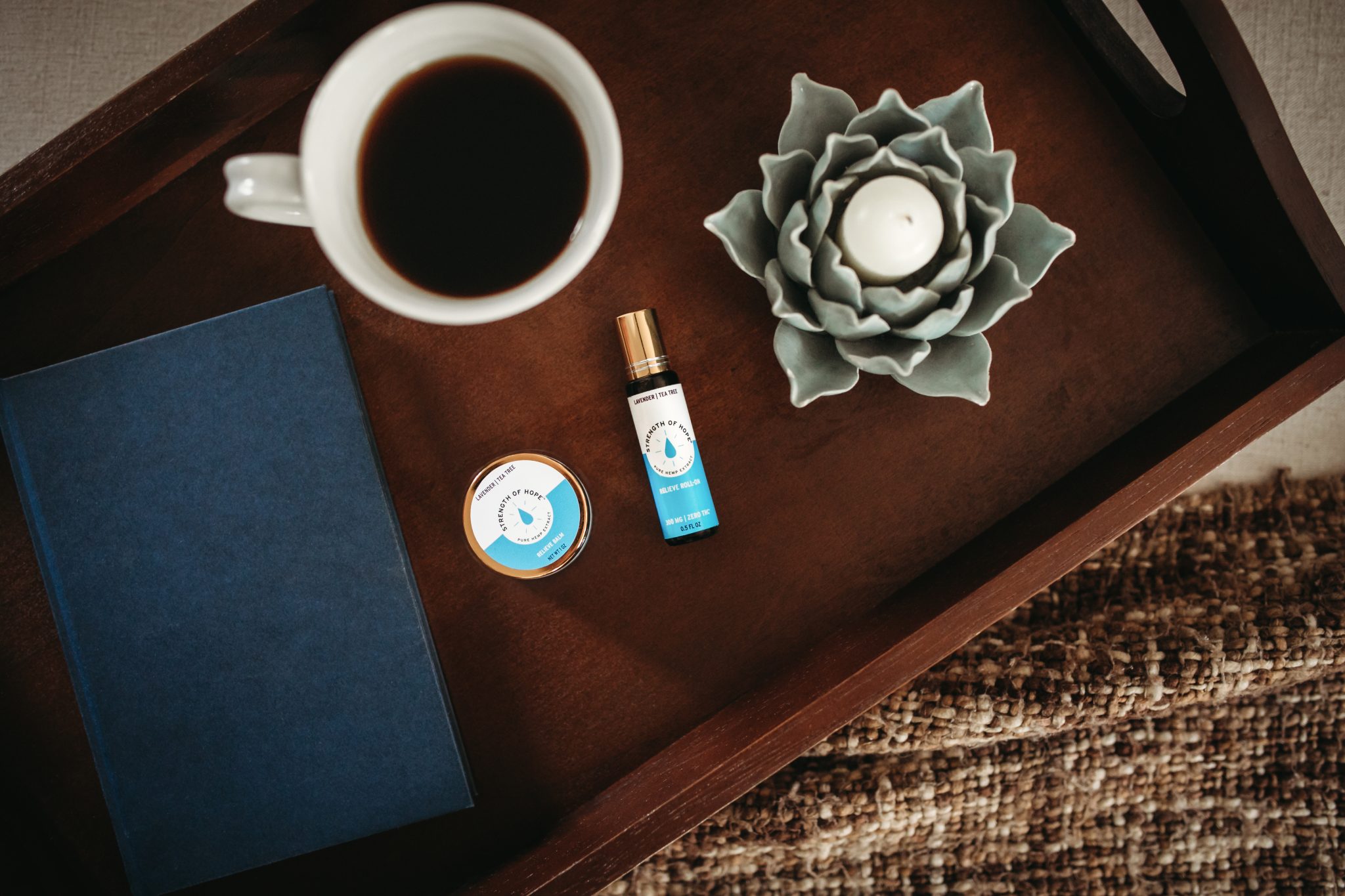 How to Spot Fake CBD Oil (and Get the Real Deal)

Unfortunately, modern-day Clark Stanleys are trying to make a profit off of the popularity of CBD by selling fake CBD oil. Counterfeit CBD oil such as Hemp Seed Oil with little to no CBD benefits can support the idea that CBD oil is snake oil. More worrisome is the fact that, depending on what is inside the fake CBD oil, it could potentially lead to dangerous side effects. If you decide to add CBD oil or any other CBD product to your wellness routine, you need to do your research to ensure you are buying a safe and real product.

As mentioned above, the first thing to look out for is marketing language that seems too good to be true. Companies making wild claims about CBD’s benefits should be approached with caution, as they may be relying more on flowery language than real CBD to make a profit.

Look at the Ingredients

You’ll also want to take a look at the label and ingredients. Consumers should buy products that clearly state the amount of CBD in the bottle (typically in milligrams). Additionally, consumers will want to look for products that have hemp extract or hemp oil – not hemp seed oil. Many products labeled as “CBD” products simply contain hemp seed oil. While beneficial in its own right, hemp seed oil contains little to no CBD.

The ingredient list also should be short and straightforward. Some companies may have a long list of chemical compounds and unrecognizable ingredients to try to mask the fact that they are actually selling fake CBD oil. In addition to the CBD, real CBD oil will contain a carrier oil, such as MCT coconut oil, and perhaps a flavoring.

Even if you confirm a company is selling real CBD products, you’ll want to buy a CBD oil that contains high-quality, effective ingredients. Filler ingredients that don’t actually serve a purpose should be avoided, as they won’t serve your health or the effectiveness of the CBD.

Finally, you’ll want to check and make sure the company does testing through a third-party vendor. For starters, third-party testing will confirm that cannabidiol (CBD) is actually present in the CBD products. It will also verify the product is accurately labeled and free of any harmful ingredients. 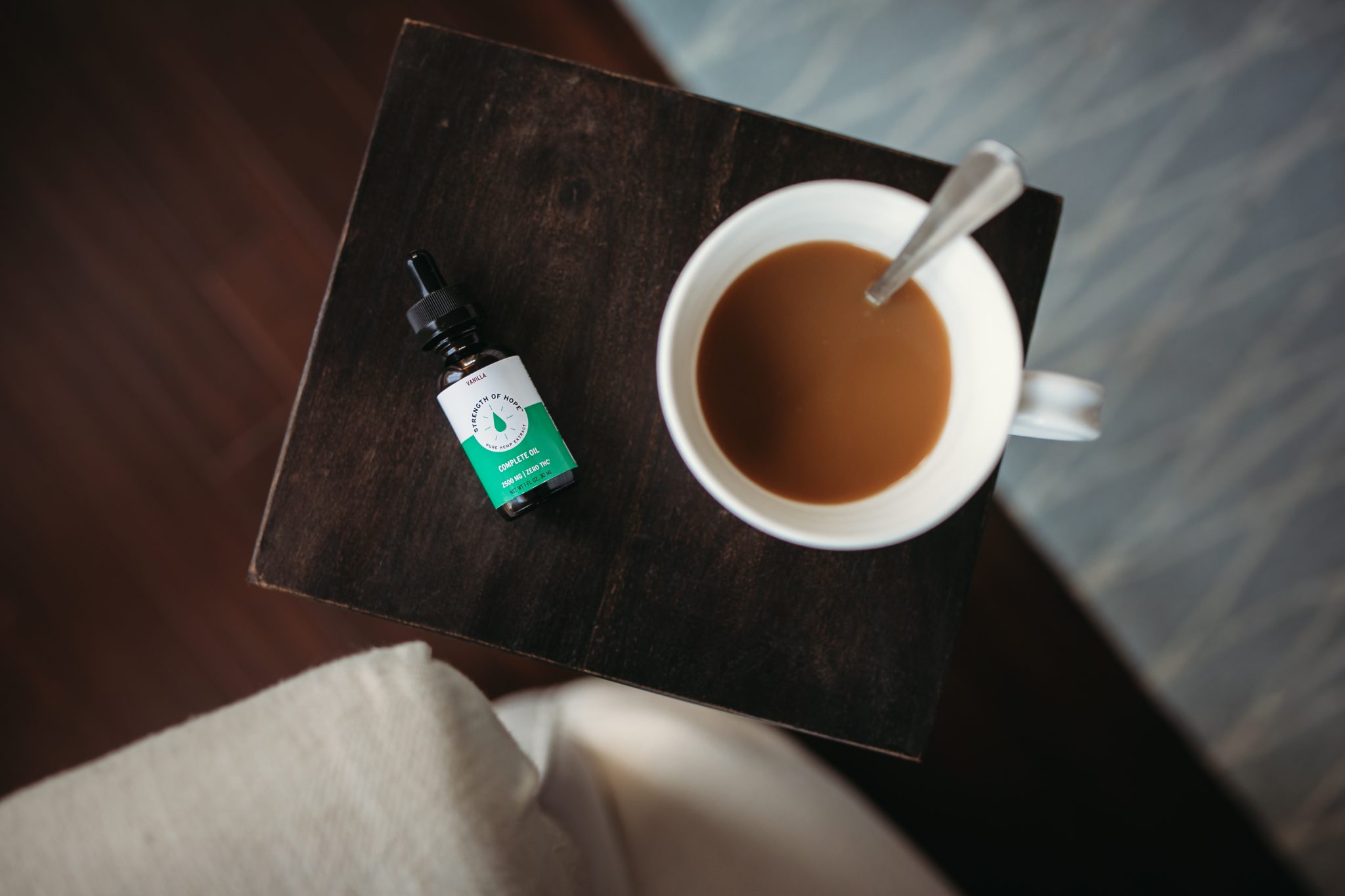 It is important to remember that, even if a company is selling real CBD products, you’ll want to make sure they are crafting the best possible products. The quality of CBD products on the market varies greatly, so use the above guide before making any purchases. For safe products that contain effective ingredients and premium CBD, as well as no THC, be sure to check out Strength of Hope.